The Best Time To Plant A Tree 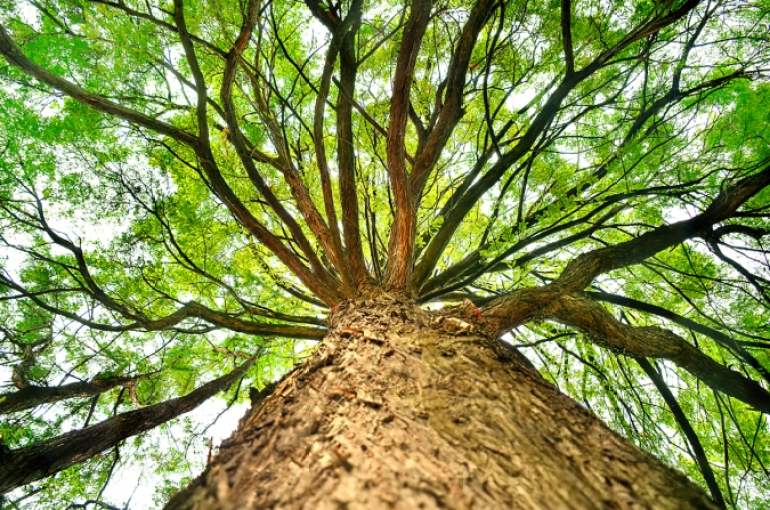 Several years ago, I was at my first meeting of the Glen Rock Shade Tree Advisory Committee. There had been a delay in awarding the contract for the annual town planting of trees along the streets and two committee members were debating whether to still plant, or wait until after winter.

One of the long time members of the committee leaned over and asked me, “Paul do you know when is the best time to plant a tree?’ I said I didn’t. He responded, “30 years ago.”

When you think about it, this is so true. When you plant a small tree in the ground it is really an act of faith. That it will grow — despite dangers from deer, landscapers or changing climate — into a glorious tree.

And in some way, the planting of that tree is an ultimate act of paying it forward. Every day, each of us benefits from trees that were planted 30, 50 even 100 years ago by others.

PSE&G and PSEG Long Island often get a bad rap as anti-tree because of regulations that require aggressive tree trimming. The tree trimming is designed to increase reliability and decrease local outages (the requirements stem from the great blackout of 2003 – caused by a tree). The company is instead encouraging towns to plant the right tree in the right place. For instance, in my hometown of Glen Rock, they gave us a grant to pilot the planting of smaller trees under wires. 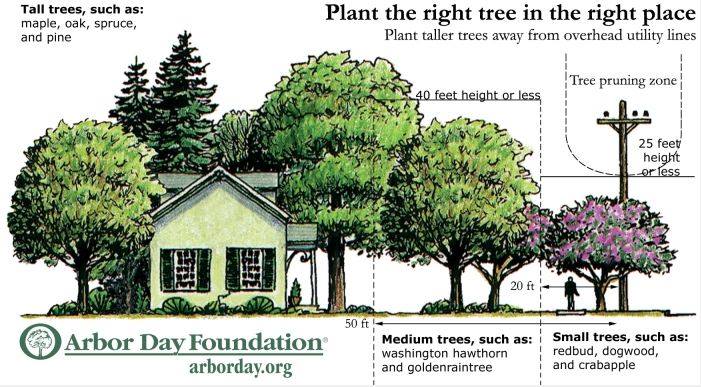 We all know that trees are beneficial – and an almost reverence for trees has made it into our collective culture – books like The Giving Tree, the poem by Joyce Kilmer or movies like the Lorax have built on one of the country’s early tales, that of Johnny Appleseed.

It has been engrained in us that that trees are good — but I ask that you take a minute and think about the benefits of trees.

To start, trees can reduce your carbon footprint. You can plant an evergreen on the northern side of your property. When grown, it will block winter winds and lower your winter heating bills as much as 10 to 12 %.

You can plant a leaf-bearing tree on the southern side. It will provide shade in summer and cool your house reducing the need for air conditioning. When it has lost its leaves, it will let the sun through, warming your house. The US Forest Service estimates that properly placed trees reduce air conditioning needs by a third.

Trees also help with heat islands. Urban areas can be 5 to 10 degrees warmer than surrounding areas. Planting of trees has been shown to have an impact – both through the providing of shade but also as water is evaporated from leaves, they act as small air conditioners for nature.

From our early science classes, we all know that trees take in CO2 and give off oxygen. So planting of trees can also offset our carbon-spewing ways. It takes seven mature trees to remove the CO2 produced from driving 10,000 miles – assuming you get 40 miles per gallon of gas. (If you drive a car that only gets 20 miles per gallon – instead of seven, it will take 20 trees) The Department of Agriculture estimates that one acre of trees absorbs six tons of CO2 annually and provides enough oxygen to meet the needs of 18 people.

But trees clean the air in other ways as well. They remove particulates and dust from the air and pollutant gasses such as nitrogen oxides, ammonia, sulfur dioxide and ozone — providing real benefit in terms of cleaner air in the proximity of the tree. One study has preliminarily indicated that heart disease and pulmonary disease increase as areas are devoid of trees.

They have also been shown by a study at Texas A & M to reduce stress. Not surprising since trees can enhance every human sense – they provide fragrance, stunning beauty, sounds of harbored birds, and of course the taste from their fruit.

Trees can also transform space. You can see this if you visit the Vietnam Veterans Memorial in Holmdel NJ – tucked away next to the PNC Bank Arts Center. It is a circular stone wall memorial listing the names of those who died in that war from New Jersey. The center of the circle is terraced down to a concrete floor with a statue of fallen soldiers on one side. At the center of the circle is a large tree. With or without the tree, this scene would be moving, it would be solemn, but with the tree there is another aspect – hope.

Paul Rosengren is Director of Communications for PSEG. He also is head of the Glen Rock Tree Trust and a member of the Glen Rock Shade Tree Advisory Committee. He tweets about trees, electric cars and other topics.

Madison Street Substation, Hoboken When a substation or power line is being built, PSE&G has employees who are thinking about every aspect of the project, including its environmental footprint and how to make it...

1,000 care packages on the way to our troops overseas

Together with Springpoint Foundation, fifteen PSE&G volunteers helped distribute food items from the Community Food Bank of New Jersey to 165 residents at Plainfield Tower West, one of Springpoint’s 19 affordable...